Roberto Semprini was born in Rimini in 1959, he got a degree at the Faculty of Architecture in Florence.
In 1987 he joined the Bolidist movement, a way of interpreting design from a symbolic point of view. After moving to Milan he started working as a freelance journalist for some design magazines such as Modo, L’Atelier (Paris), ARDI (Barcelona) and Vogue Italia. 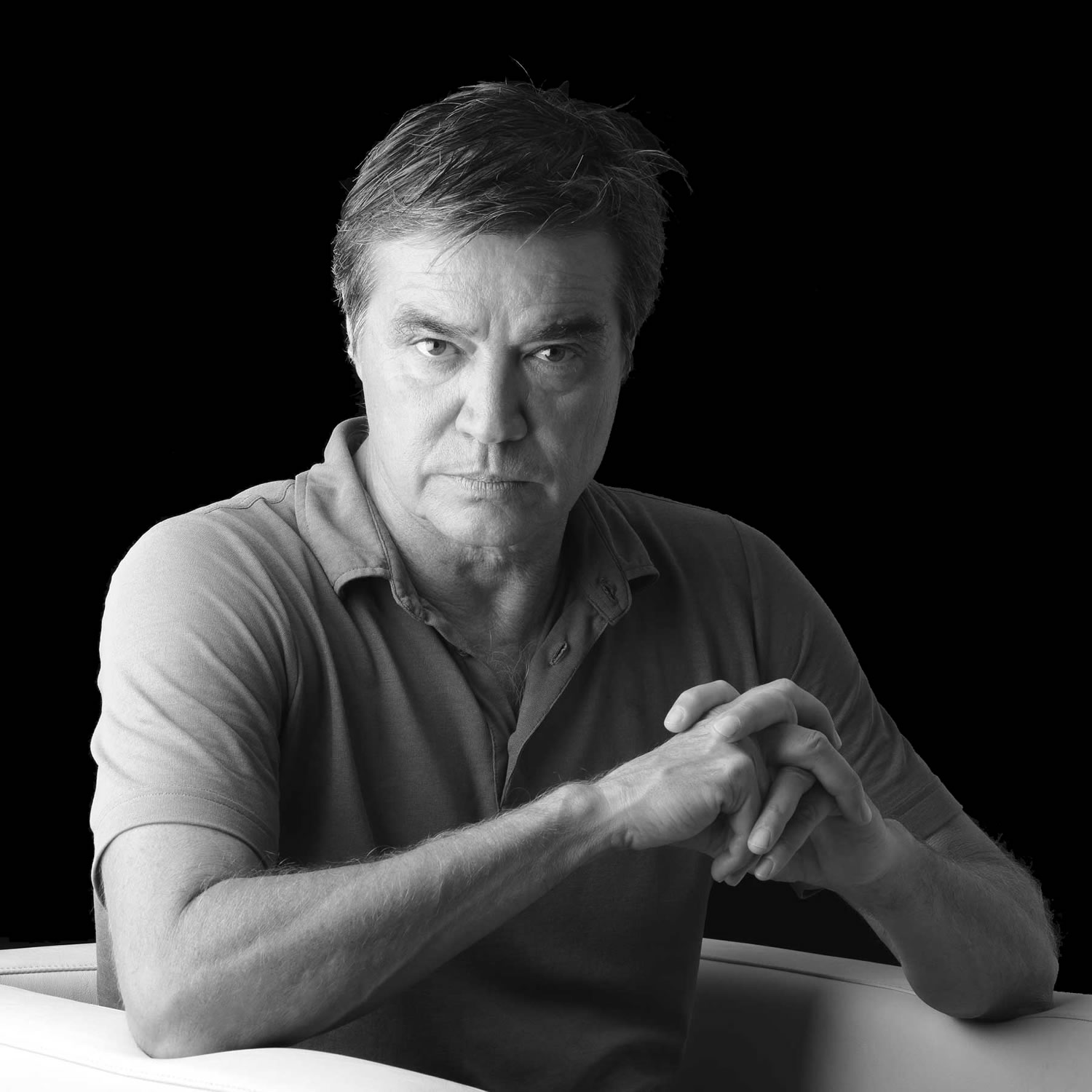 In 1989 he designed the “Tatlin” sofa by Edra, which turned out to be among the prize-winning items within the framework of the prestigious TOP TEN award in Düsseldorf. In 1994 he designed the “Manta” table for Fiam and he was among the winners of the Young & Design award. His works of art make part of the permanent collection of the Montreal Museum of Decorative Arts in Canada and of the New Design Museum in London.
In 2000 he moved to Rimini where he opened the “RM 12 art & design”: an Art Gallery and Design and Interior Architecture studio. Since 2006 he has been working in the field of scenic design to plan new home as well as public settings, within the cultural framework of exhibition events such as “Fuori Salone” in Milan, “Abitare il Tempo” in Verona, “Sun e Sia Guest” in Rimini. In 2010 he was invited by the Seoul Living Design Fair (Korea) to exhibit the “ Italian/Korean Home”. In 2012 he was invited as Italian Design Ambassador to hold a conference in Ningbo (China) within the premises of the DEDALO (an association promoting Italian companies, design and art in CHINA) Design Center. In 2014 he was invited by the Archimede LTD (a Consultancy Company for Chinese Architects and Interior Designers) to hold a workshop at the Academy of Arts of the TSINGHUA University in Beijing. In 2015 he was invited by the Politecnico of Milan hold a Master Class at the University of Chenzen. He has been working as a designer and design supervisor with several companies such as: Fiam, Moroso, Alivar, Rede Guzzini, Edra, Ciacci, R.S.V.P., Arredaesse, Sicis, Slide, Trivellini, Contempo, Ciacci Kreaty, Larms, Spaus, Ad Hoc, M.B.,Gruppo Trend, Frighetto, Dilmos, Adrenalina, Morfeus, Mastella Design, Pedrali, Morelato, Scab, Valdichienti, Edilco Scale, L2, Mastella, Marchetti Illuminazioni, Unica, Giovannetti, Poggesi etc.

He has held conferences and seminars at several Universities such as: the Faculty of Architecture of Florence, the Politecnico of Milan, the Scuola Superiore di Progettazione (Graduate Design School) of the University of Bologna, the I.E.D. of Milan, the Scuola Elisava of Barcelona (Spain), the Tsinghua University of Beijing (China).
He worked as Professor at the Academy of Fine Arts of Brera (Milan) as from 1996 up to 2016, he was Professor and Coordinator of the Course in Product Design of the Bologna Academy of Fine Arts, as from 2016 up to 2017.
At present he is Professor at the Brera Academy of Fine Arts (Milan).
Since 2015 he has been Lecturer at the Politecnico of Milan for his “Outstanding artistic reputation” and in the same year he received the Certification of Expert of Italian Design in China from the municipality of Ningbo (China) .
In 2017 he won the Gold Design Award and the Archiproducts Design Award thanks to the project of the Nemo table for the company Scab Design. He was awarded the Honourable Mention within the framework of the Top Design of The Year for Grand Design Etico, for the project Natural Giulia Pop for Scab Design.
Since 2016 he has been Design Supervisor for Ombrellificio Poggesi, and within the framework of this partnership he developed the new concept of the Joint umbrella.

We started supporting you in rainy days, when all you wanted was to come back home, now all you want is just to go out and enjoy a Poggesi-designed outdoor space.